“Fleaboy & Weasel” is a fictional comic strip about the a man named Fleaboy and his pet, Weasel. Fleaboy adopts Weasel from the animal shelter thinking he would be the perfect pet dog. While Fleaboy is brainless and Weasel is quite smart, the two characters develop a unique bond that take them on many adventures (and misadventures).

The idea for the comic strip was developed by Ashlee Wyatt and her father, Rich, in 2011. Ashlee came up with the concept for Weasel and Rich came up with the concept for Fleaboy. The first strip was developed in 2013 but was never released to the public. Both Ashlee and Rich took a long break from the comic. At the end of 2020, Ashlee and Rich decided to revisit the comic and launched the first episode in June 2021. After 18 episodes, Rich decided to take a permanent break from the comic leaving the entire comic strip to Ashlee. Today, Ashlee is the sole creative force behind the comic strip and is joined by her husband, Andrew, who handles all the business/marketing behind the scenes. 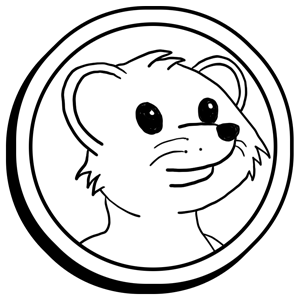 Ashlee is the creator of “Fleaboy & Weasel.” She works on all phases of the development of the comic strip and is also responsible for the website design and development.

Ashlee attended a small, private university where she double-majored in Computer Science and Art. This had led her to a career as a web designer/developer and front-end software engineer. She has worked on web applications for large corporations and designed websites for small businesses. Coming up with the idea of “Fleaboy & Weasel” has led her to a new focus on concentrating on her art career.